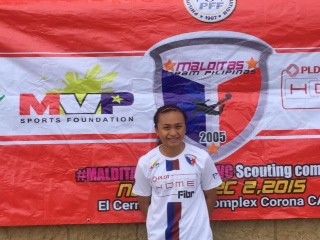 The invitation to attend the Philippines Women’s National Team ID camp was exciting and an honor.  When I found out that the scouting coach came to watch me at one of my games at ECNL Arizona last November, I was very excited for the chance to show my skills and knowledge of the game.  The possibility of playing soccer for my native country would be an honor and unforgettable experience.

The first ID camp was in late November and I had no idea how to prepare for it. I asked my coach advice and he gave me simple tasks. He told me to make small personal goals for myself at the camp. For example, try to focus on the basics and simply perfect them. He also said to be myself on the field, to show who I am and how I play. Finally, he advised that I embrace the opportunity and really learn from it. This was the chance of a lifetime and I should try not to stress out or be nervous. 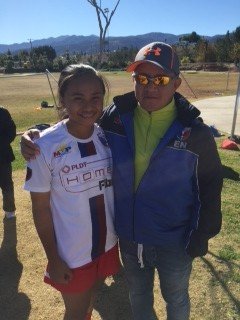 When the first day of the ID camp came, I was pumped and very eager to play. I wasn’t sure what to expect from the other girls who would also be participating. I was a bit intimidated by them at first, but once we started to warm up, I learned that all of them were super friendly and nice. The coaches also had very friendly attitudes and were welcoming to everyone. They immediately began to treat everyone like family and cracked a few jokes here and there. The camp felt a lot like a college ID camp. We were split into three age groups; U14, U16 and U19.  I was in the U16 group.  We went over technical drills that included dribbling and passing, then we moved on to small 1v1 or 3v3 games. I learned that their style of play was very aggressive and technical. We ended the training sessions with a scrimmage amongst the age groups.

During my three days at the November camp, in addition to field sessions, we also attended classroom sessions where we watched videos of the Senior team in past events.  When I was invited to attend the 2nd ID camp in March, I felt so happy and proud to be invited back.  The March camp was similar to the November one except that we mostly scrimmaged the two days that I attended.  I was placed in the U16 group again but this time, I had the opportunity to scrimmage with the U19 group against the U18 ECNL Strikers FC team.  I was so excited because I scored a goal against this team and our group won the scrimmage 5-1.  At the end of the camp, I was told that I had made the U16 pool of players!

The most memorable part of my experience at the PWNT camps was listening to the Senior girls’ experiences. Their descriptions of their journey on the national team were very inspiring. They made me believe that I had the ability to make the team, and that I could be great, like they are. They also emphasized the sisterhood that grew within the team. They called each other “sistersfor life.”  They were family and they would always be there for each other, on and off the field. I was able to relate to how they felt since my Rage U15 ECNL team is my second family and I wouldn’t be where I am today with soccer without them. My teammates always push me to work harder and support me through everything that happens. The bond between us makes us so much stronger as a team, and it shows on the field. 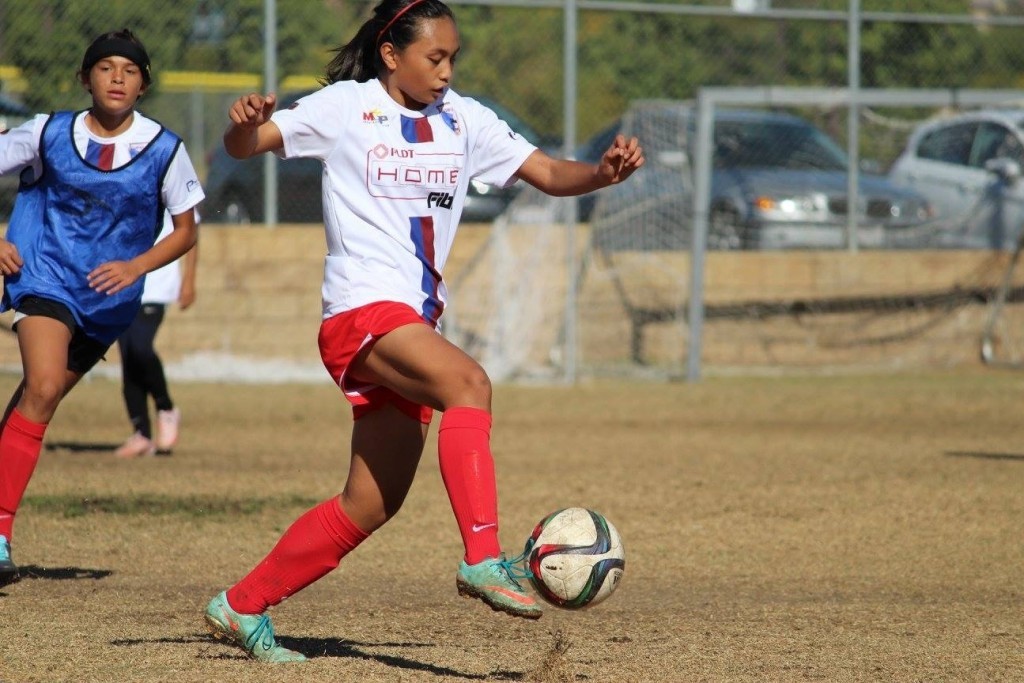 My journey with the Philippines Women’s National Team is just beginning.  I’m hoping to be called up to play in the 2016 AFC U16 Women’s Championships Qualifiers this August/September.  It would be a dream come true and an once in a lifetime experience.