This was my first trip flying solo and being alone at a camp/try-out that took place in Portland OR. I was met by a NIKE representative holding an iPad with my name on. It was so cool to see her holding my name! From the airport we headed to the university of Portland where I got my bag for the weekend and campus badge. Once everyone arrived, we were escorted to where our training gear was located and there it was a sign with the words “2016 ECNL id2 NATIONAL TRAINING CAMP” (my jaw dropped seeing all the gear). I saw my locker and there was my name and assigned number was with my new boots and training gear.

In the evening we had an hour training session. It consisted of 5v2 keep away, 3v4 dribble across the line and a mini game of 5v5 going to goals with bumpers. I was nerves at first but as the exercises went on I began to feel more comfortable as I focused on the players and my surroundings and constantly being vocal on the field. When I was a bumper, I was directing girls to either have the shot or play it wide or they have me here as an option. These girls are intense, they have great vision which is key and high work ethic.

In the morning we received additional training gear which was a sand color top with white shorts and white socks. Our training was a bigger keep away with 7 attackers and 3 defending. Then we played a game where you had to advance the ball and stay in your channel. When you advance the ball you can add another player to overload your team w. extra players. Lastly we went into a small sided game against the 2001 id2 team. After the morning training session, we received another set of training gear to use for the afternoon matches. We wore a grey top and green socks and bottom.

I attended a NIKE focus group where we got the opportunity to review several new training shoes. The NIKE staff wanted to know what we liked about them and what we didn’t like. They also explained how to properly choose training shoes. Lastly they had us rate a bunch of shoes by indicating which ones I would buy and which ones I would not. It was a cool experience to give input on the shoes that were really cool.

In the second training session for the day I started as the #10. I did really well being the outlet and the distributer. I took the corners for the team and got us a PK by heading the ball down and it hit the defender in the arm in the box. During this training session I saw several college coaches watching the games but I only recognized Louisiana State and Santa Clara.

Next we applied the same exercise to a mini half field version and then an 11 v 11. I had a few shots on goal and on one, the goalie had a nice save (I thought it was going in). After the training we had a recovery session. We went into the lounge and rolled out our sore muscles.

Later that evening we attended the Portland thorns vs Seattle reign match. Walking into the stadium and heading to our seats you would see a bunch of people starring at us. Who wouldn’t? A bunch of girls all wearing matching outfits. The game was okay. We left a little after Portland scored. Portland was playing very direct while Seattle had more of a buildup and patience with the ball. It sucked that the national players weren’t there. It would have been a totally different game.

The last day was the best day. I say this because we got a uniform with our assigned number on it and all teams had a different color. I wore blue white blue. We took a bus to the Nike world headquarters and man was I nervous. The greatest athletes in the world (sponsored by NIKE) have walked through those exact doors and now I can say, “I did too”. We pulled up to the tiger woods center and when you walked through the doors, turn the corner and right there in front you see two beautiful soccer fields: Ronaldo 1 and 2.

The whole day was spent at the NIKE world headquarters. We played one full match that day. I received the ball but I received the ball on my left w. 3 defenders in front of me. I knew I couldn’t get a clean shot so I played a great ball through splitting two defenders and bam we scored a goal. The coaches knew I cover ground so they had me cover the left back, holding mid and the direct passing lane to the left forward. I had two nice slide tackle. I almost scored too, but of course with my luck, the ball hits the side posts. My team dominated the match, we won 4-2 with one of the goals being assisted by me.

I thank the Rage staff for believing in me and giving me this opportunity. This was a great experience. I am thankful for the opportunity to play against and amongst some of the most Amazing Young Women in the US. That was the cherry on top. 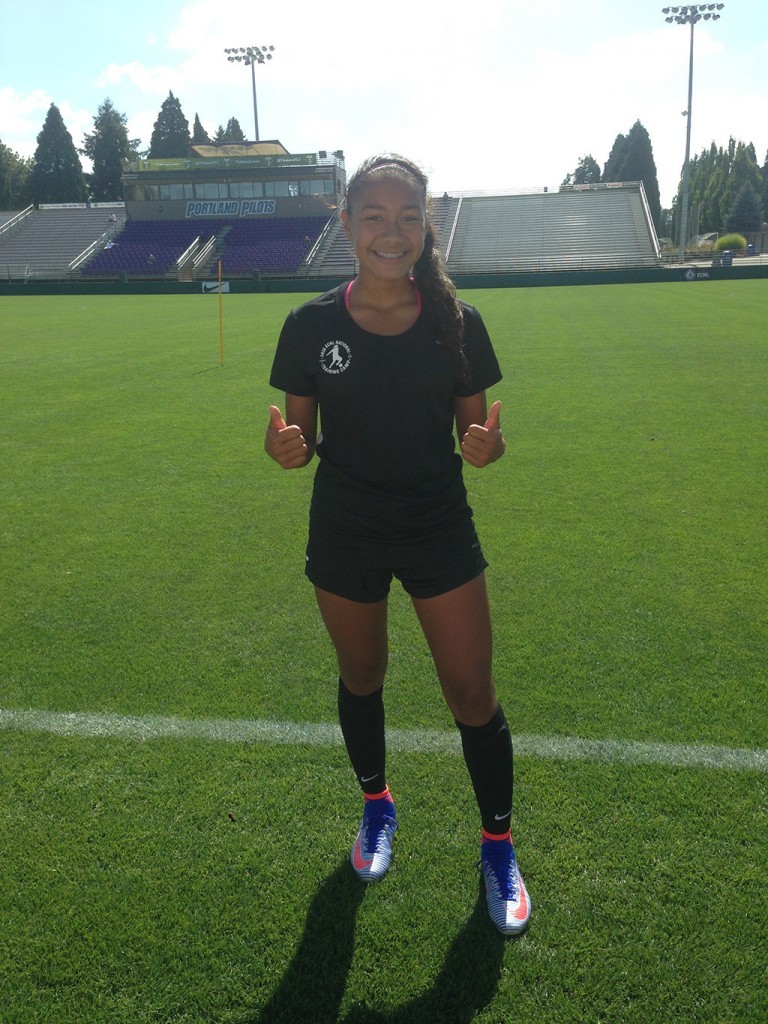 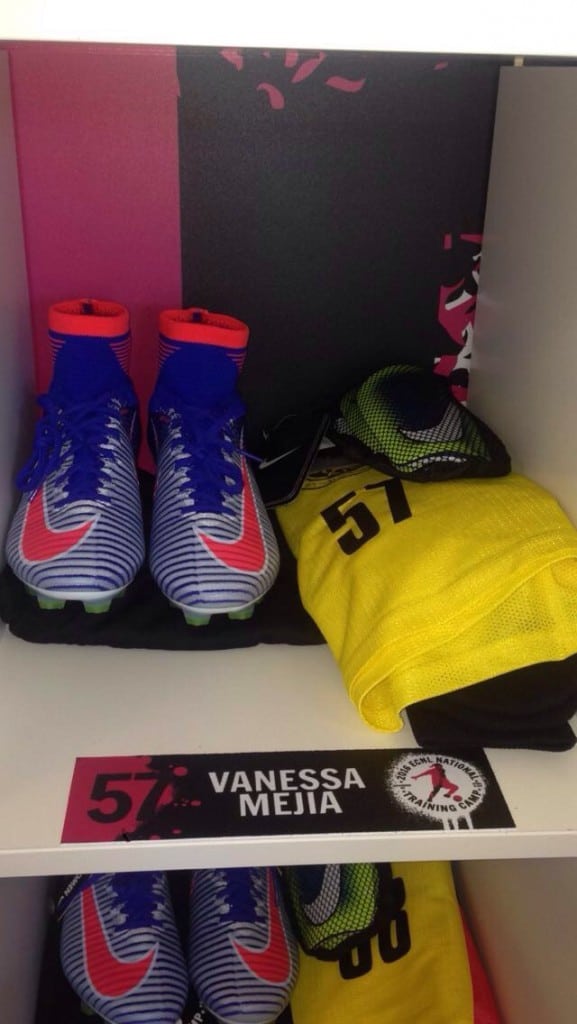