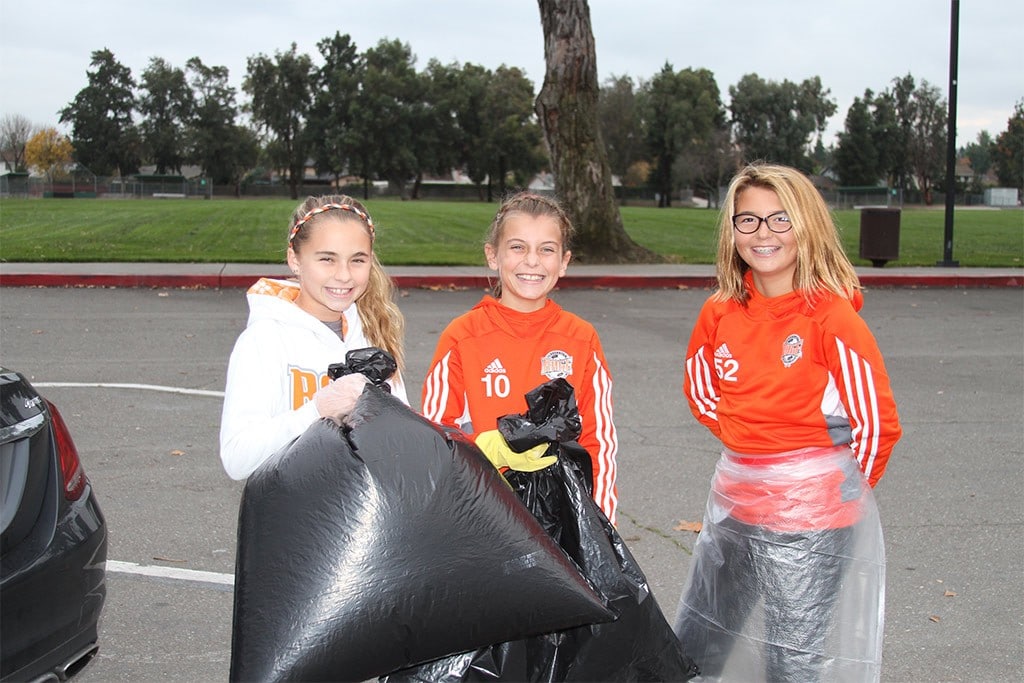 For our service project we decided to help beautify our fields by picking up the trash at the Pleasanton Sports Park. We wanted to do our part to keep our awesome fields as clean and safe as they can be.

The issue that we wanted tackle was the appearance and safety of our playing fields. We are very lucky to have such great fields to practice and play on. We have seen other clubs fields and realized that our fields are a lot healthier than some others. Other fields have garbage and bottles left laying about. We wanted to participate in keeping our fields as clean as possible.

Our first step was to agree on a service project. This was pretty easy to do. We decided to pick up garbage at the Pleasanton Sports Park. To complete our project, we went to the sports park on a school night for about 2 hours to pick up garbage that was left behind. After we were done, we put the garbage into the trash can where it belongs.

There were 2 people who helped us coordinate this project, Dana Chavez/Seipel and Kiera Winslow. There were 3 people included in our project: Sydney Seipel, Helena Stewart, and Gillian (Gillie) Winslow. It was very kind of them to help us out on this project.

We started around 4pm and it took about an 2 hours to walk the whole park and fully clean the sports fields. Surprisingly, there wasn’t a lot of trash to pick up so the project was short and simple but we did make a small difference. We are so lucky to have such great fields to play on. It makes us appreciate even more the great community that we live in and our awesome soccer club. 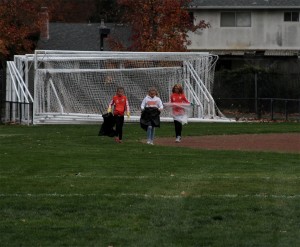 Our  budget was $0 because we already had the supplies to get the job done. We used garbage bags and gloves from home. We think this was a very inexpensive project, but it was also worthwhile.

Our mentors were Erika Carlson, Dana Chavez/Seipel, and Kiera Winslow. Dana brought gloves and trash bags, as did Kiera. Kiera took us out to find trash which was very kind. In the end, thanks for mentoring us.

We would like to take this project into next season and continue to help pick up our fields after our games. We will collect recyclables (ie. water bottles) and trash left by other teams. If we collect enough recyclables we will donate the proceeds to a local charity.