Each year, Pleasanton RAGE Girls Soccer Club recognizes and rewards scholar athletes who demonstrate RAGE excellence in academic achievement and service to the community.Two $1,875.00 scholarships for college are awarded to high school seniors who plan to attend a 4-year or 2-year college, or a vocational or art school and have a cumulative GPA of 3.8 or higher. Applicants are considered based on the following criteria: academic achievement; commitment to volunteerism/service; and number of years playing for RAGE. In addition, an essay is submitted defining one of the RAGE core values and explaining how the value is learned while playing soccer and serving the community.

Congratulations to this year’s recipients! 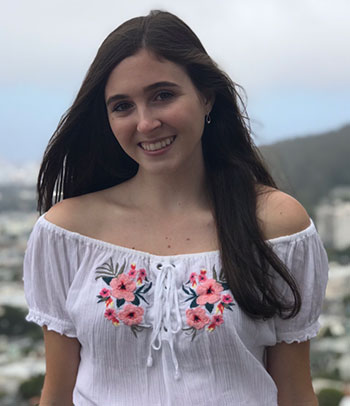 Juliana has played soccer for Pleasanton RAGE for 11 years, most currently as a member of the Recreational Program on the U19 team, Skyfall.

A senior at Quarry Lane School in Dublin, CA, Juliana has a GPA of 4.5 and will be attending UCLA in the Fall.  She plans on majoring in Biology.

Juliana chose the RAGE core value “Respect” for her essay topic. She says that she is “proud to be part of the RAGE community because we are a league full of strong-willed, dedicated, and respectful girls.” She will continue to carry the core values with her as she begins her journey to college. 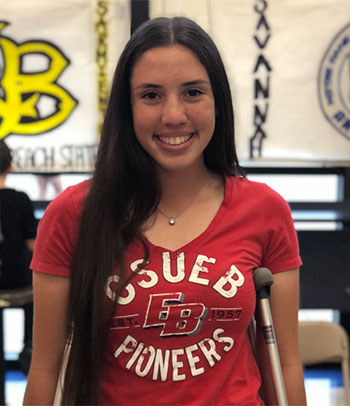 Danya has played soccer for Pleasanton RAGE for 2 years as a member of the Competitive Program on the 2002 Elite Clubs National League (ECNL) team.

A senior at John C. Kimball High School in Tracy, CA, Danya has a GPA of 4.2 and has committed to playing college soccer at Cal State University, East Bay where she will major in Kinesiology.

To date, Danya’s academic honors and accomplishments include Academic Block K for attaining a 4.0 GPA or higher throughout her high school career; Valley Oak League (VOL) Scholar-Athlete Award, for her 2 seasons of track & field and 4 seasons of soccer.

Rounding out Danya’s excellence in academics is her community volunteerism, specifically her service to the following: St. Bernard’s Catholic Church where she spent 2 weeks every summer for the last 6 years mentoring the youth at Vacation Bible School; Tracy Youth Soccer League (TYSL), as a trainer of youth soccer teams in the local area.

Danya chose the RAGE core value “Greatness” for her essay topic. She says that for her “greatness itself encompasses all three of the other values within it. In order to be great you must have respect, a positive attitude, and also high expectations. … As RAGE players we are taught that greatness is… being motivated to develop new skills on and off the field and creating a legacy for others to follow.”