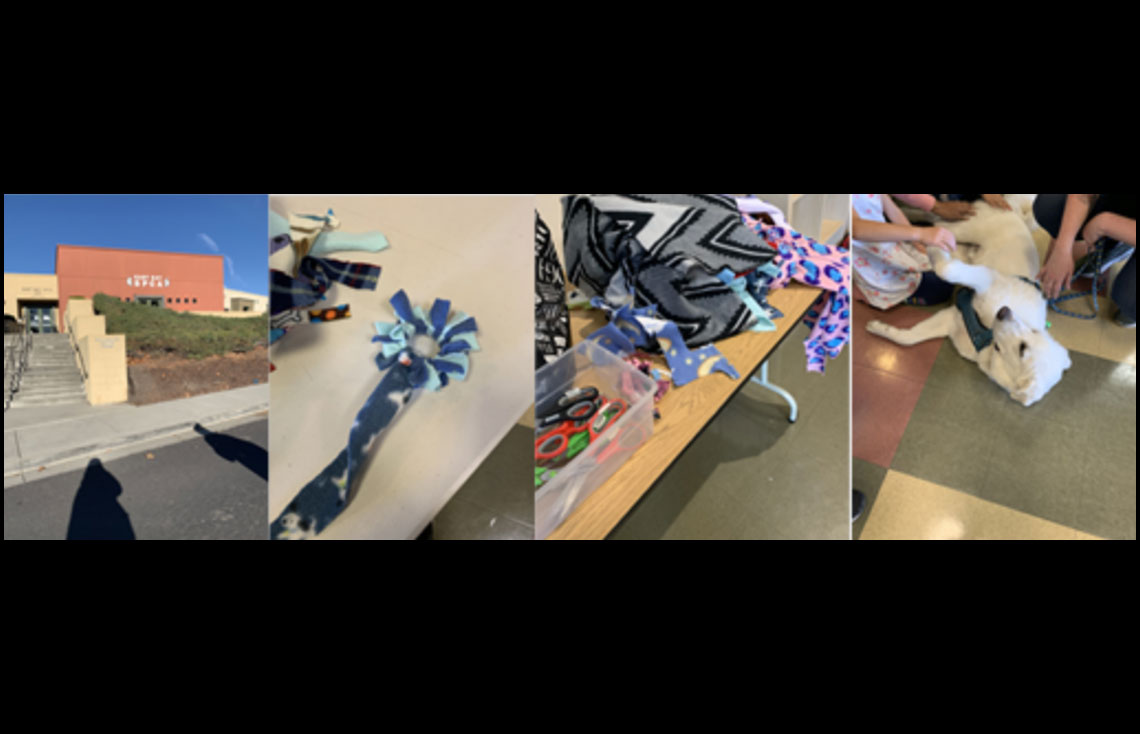 My community service project was volunteering at my local animal shelter in Dublin. While there I learned about how the SPCA is an organization that runs on donations from the people not from the government. This means they can keep their animals as long as they need till they are adopted, they don’t need to put them down after a couple of days.

In my time there, we did many activities that all helped the animal shelter. At the beginning of both days, we started by making the cats toys with fabric and the middle of the toilet paper roll. This was so that cats didn’t get bored while in their rooms. After that we also took a tour of the building. We went behind the scenes and saw where they give their spay and neuter surgeries on Wednesday only. Then we made thank you cards to all the volunteers that help them every day. Volunteers help with food, supplies, and they even have a program called jog a dog where volunteers come and take energetic dogs out on runs for fun.

We also helped by filling kongs with treats for dogs to play with and helped wash dishes. The first day I attended, we helped with laundry and folding blankets for animals. Then on the second day we washed all the windows in the building so they wouldn’t get dusty. We learned about the camps and programs they have there, like the senior for senior program where any senior can get a senior animal for free since it’s harder for the senior animals to get adopted.

While there we didn’t just do activities to help the shelter we also got to play with the cats and kittens and got to meet a few dogs. Before going into the rooms to meet the cats though, we had to learn the rules so we treated the cats properly. I played with both cats and kittens and they were all adorable.

In total I volunteered there for six hours and had a great time doing it. Many kids my age were also there to help, they were there because they had to do community service for their schools. I learned the importance and responsibility of having an animal and the time you need to give it. This was a great experience that I would look forward to doing again.